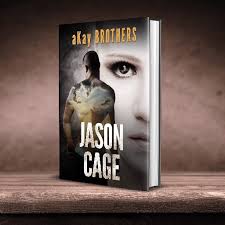 Jason Cage, the protagonist in this first book by aKay Brothers, is lonely. Mostly, not by choice. He can’t seem to get use to people around him; People who live as if everything was normal. Jason knew nothing was normal around him. Irrespective of where he went, he knew he was surrounded by abnormal things. Things that didn’t let him sleep peacefully at night, things that make him see stuff he might have avoided otherwise. Things that nobody else could see.

The monastery in the remote location of Ladakh provided solitude and peace to the meditating monks. But for Jason , it only provided a place far, far away from the world in which he felt lonely and suffocated. Don, followed him here too, but stayed at a distance. He knew, however, that he couldn’t stay here forever. The nightmares were almost real and could draw him out of his temporary abode any day. Till then, he had to find whatever peace he could in the company of Angmo, the monk who had sold his Ferrari long back. Lisa, the only person on earth for whom Jason cared, was in grave trouble and he has only 100 hours to save her. Meanwhile, Alex with his team of Indian spies in Baluchistan is working on a mission to capture a dreaded terrorist.

Jason Cage has all the elements of a great read-intriguing characters, complicated situations and gripping plot. There are various interesting incidents that make you gasp. The storyline does seem over-complicated at times as one struggles to find the connection between the some totally unrelated incidents but the crisp writing style generously compensates. Description of characters and happenings is vivid. One can feel the tension and anxiety as the story moves from one chapter to the next at an excellent pace.

The A and K of aKay Brothers certainly know what they want their first thriller to look like. In spite of being a maiden attempt, it is meticulously and intelligently written. There are no over-confident or unnecessary twists in the story. The ending seems slightly abrupt but I am sure it is done deliberately to take the readers to their next book. Watch out for them in the best-seller charts in the near future. Jason Cage is here to stay!!

About the Author(s): They were born in a hospital in a tiny sleepy town in India. The A of aKay Brothers- He has worked multiple jobs - as a salesman, coder, database guy, investment advisor, marketing guru and author. This is not his first book but the others were not homeruns so we will skip those here. They are presently writing the next part of Jason Cage Saga. The K of aKay Brothers- He started as an engineering student, turned out to be a better sales man, became a real estate consultant and now is the co-founder of his company. This is his first book since he wanted to start with something that could become a home run. (Source: http://www.akaybrothers.com/p/we-were-born-in-hospital-in-tiny-sleepy.html)

Disclaimer: This is an honest and unbiased review in exchange for a free copy of the book from the author(s) of the book.